Cat6a or SFP+ DAC, Which is better Used as 10G Stack Cable?

We have got benefits from the 10G stack switches for the past decades, and 10G SFP+ direct attach cable (DAC) used for stack cable makes the 10G stacking low-cost. But when 10GBASE-T becomes a new port choice on 10G switches, stacking on 10G switches has to meet the issue about whether to use Cat6a or SFP+ DAC as stack cable. At first people think that Ethernet cable is cheaper and easier to deploy than SFP+ DAC, but later they realized the issue is not only about the cable cost. 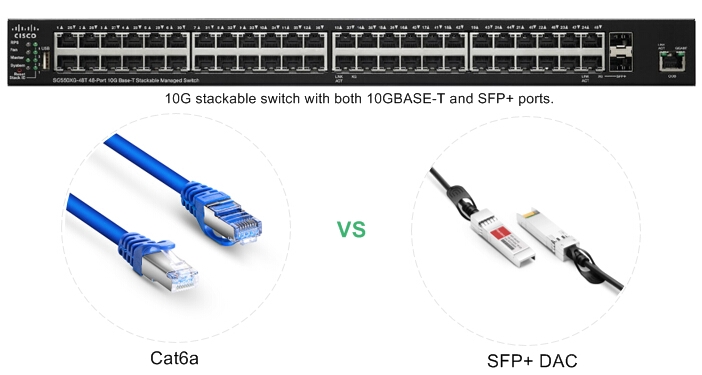 Cat6a vs SFP+ DAC, Which is Better Used as 10G Stack Cable

Before going on, it should be noted that this discussion is focused on 10G stackable switches that have both 10GBASE-T ports and SFP+ ports (such as Cisco 550X series switches, Dell 8024).

In terms of the cost, one Cat6a cable costs just one third of a 10G SFP+ cable of the same length. But cable price is not the only factor that contributes to the total budget in building a network. Let’s see some properties of these two technologies.

Obviously, SFP+ DAC uses much less power than Cat6a cable. It is important to know that for every watt of power consumed, typically two additional watts are needed for cooling. If there is a lot of ports in the stacking, this power consumption will be significant. So when power consumption matters a lot in your stacking, it will be a huge saving to useSFP+ DAC as stack cable.

Also in a case when low latency is strictly required, like in automated financial trading, it is also better to use SFP+ DAC as stack cable. Because for the same links and lengths, Cat6a presents higher latency than SFP+ DAC. 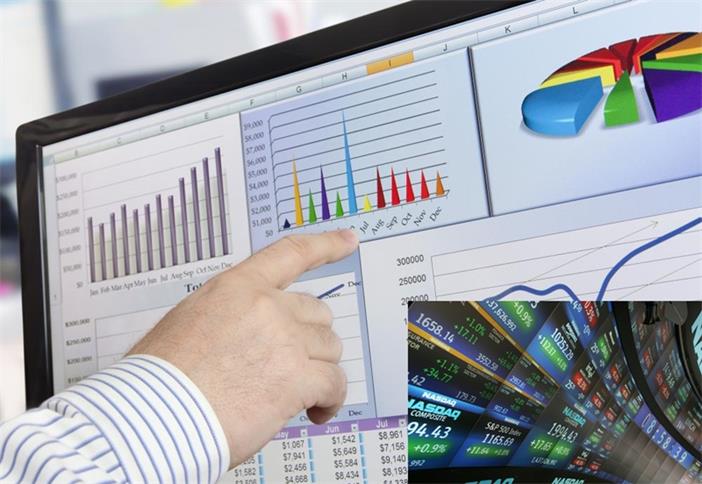 When you have many stacked 10G switches located at different places, i.e. at separate floors or at opposite ends of a hallway, Cat6a can achieve the stacking connection if it is less than 100 m. But typically you’ll be suggested to use fiber link, because the power consumption in long-term could exceed the extra cost for buying 10G fiber optics and cables. 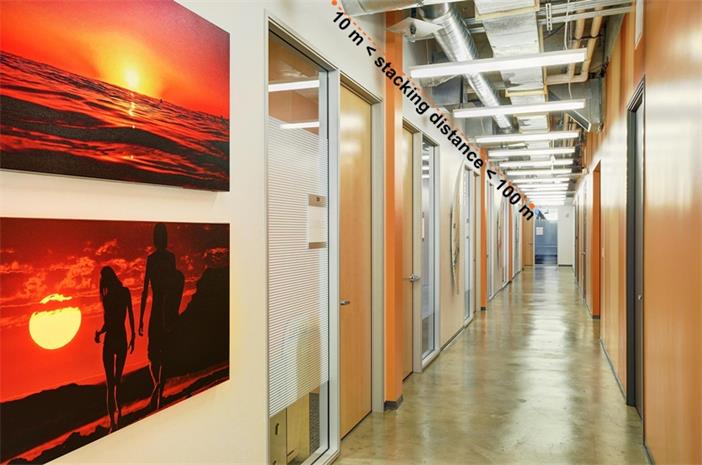 As for distances more than 100 m, neither SFP+ DAC nor Cat6a can work. You have to turn to fiber optic patch cable and 10G SFP+ transceiver module.

Considering the total cost and performance of Cat6a and SFP+ DAC as 10G stack cable, SFP+ DAC appears to be a better choice in short range. The low power consumption and low latency properties can help accomplish a good stacking, and thus shortening the downtime, improving resiliency, and simplifying administration.

MLAG vs. Stacking: What Is Your Option?