OpenvSwitch vs OpenFlow: What Are They, What’s Their Relationship?

Traditionally, networking hardwares from different vendors often have special configuration and management systems, which limits the interacting between routers and switches from different manufacturers. To solve this, OpenFlow is created as an open programmable network protocol for configuring and managing Gigabit network switches from various vendors. It enables us to offload the control plane of all the switches to a central controller and lets a central software define the behavior of the network. Thus network administrators can use OpenFlow software to manage and control traffic flow among different branded switching equipments.

How Does OpenFlow Work?

OpenvSwitch, sometimes abbreviated as OVS, is an open-source OpenFlow switch that works as a virtual switch in the virtualized environments such as KVM. It also used as a multilayer software for interconnecting virtual devices in the same host or between different hosts. Currently, OpenvSwitch can run on any Linux-based virtualization platform, which includes: KVM, VirtualBox, Xen, Xen Cloud Platform, XenServer. 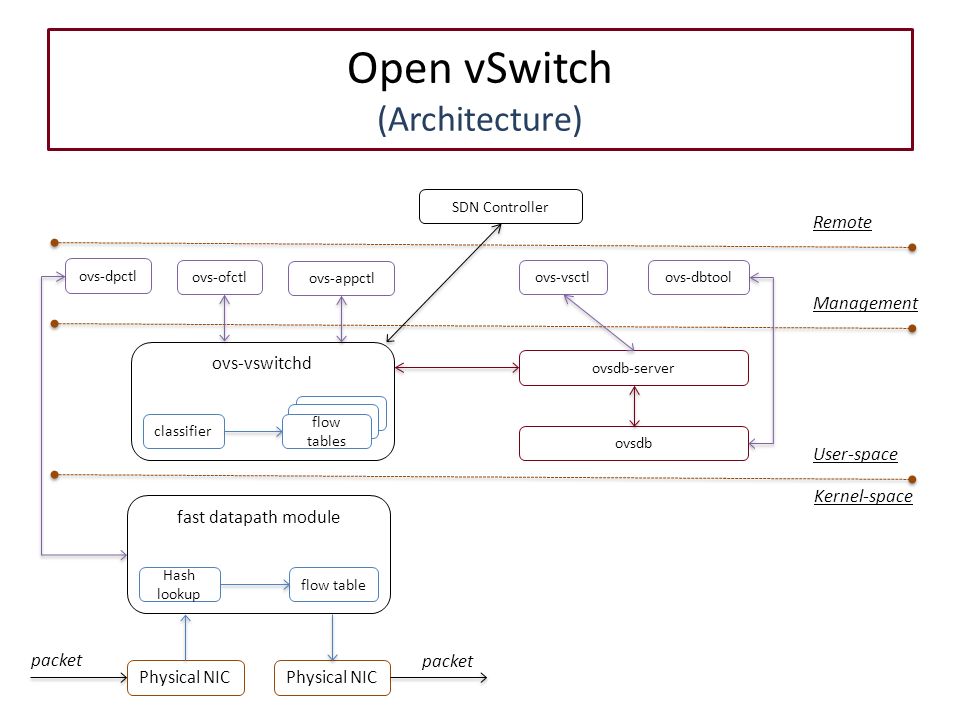 OpenvSwitch vs OpenFlow: What’s Their Relationship?

This entry was posted in Enterprise Network and tagged OpenFlow, OpenvSwitch, OpenvSwitch vs OpenFlow. Bookmark the permalink.