Recently, I have read some pictures about the submarine cables item and I found that it is really a great work. To me, I even can’t imagine that people can do such great and difficult work under the ocean in many years ago. I have to say that wisdom of human is endless. That pricked my interest in the history of submarine cables system and I just kept wondering how submarine cables had been made, laid, operated and repaired. To resolve my confusion, I find some articles about this topic or the history records to read. It really shocked me and I can’t wait to write something to share to you.

The first-ever cable had been laid between England and France in 1850, a mere 20 miles. The quality of the materials used to make the first cables was inconsistent, their theory of operation was unwritten, and the transmitting and receiving instruments were primitive. Yet only a few years after that first cable, financiers and engineers were plotting a route across the Atlantic from Ireland to Newfoundland, a run one hundred times longer than that first cable to Europe. Just four years later, in 1858, the project achieved its first success, the first Atlantic cable had been laid.

For underwater use, an insulator was needed. People found that gutta percha, the rubber-like sap of a tree found only in the British Empire and introduced to Britain a few years earlier, was the perfect material. The early submarine cables are made of copper core. With the technology development, fiber optic cables are widely used due to their highly performance. The world’s first trial of a submarine fibre-optic cable was in Loch Fyne in 1979. 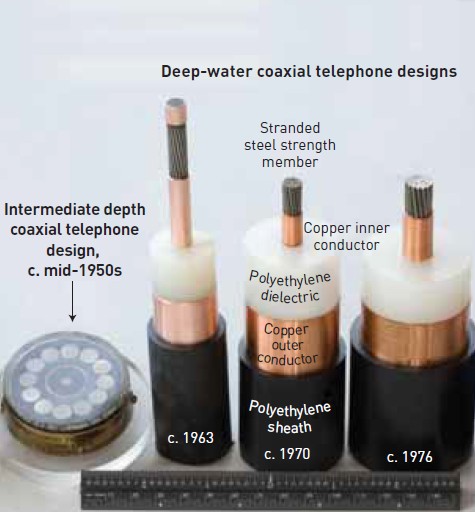 The laying of long submarine cables is an expensive and difficult operation. Many people will have a question as me: “Do submarine cables sink to the bottom of the ocean?” The answer is that unless it rested on the bottom all the way across its span, it would only be a matter of a very short time before it would be chafed through and communication interrupted. Firstly, route survey is a very important step. Custom-built cable ships are important tools to lay submarine cables. They have been used since 1874. These highly specialized vessels are instantly recognizable by the cable sheaves at the bow and/or stern, over which the cable descends to the depths, and the elaborate machinery used to control the paying out of the cable. One of the famous cable ships at that time is the Great Eastern, the largest ship ever built at the time, was used for the Atlantic cables of 1865 and future years. 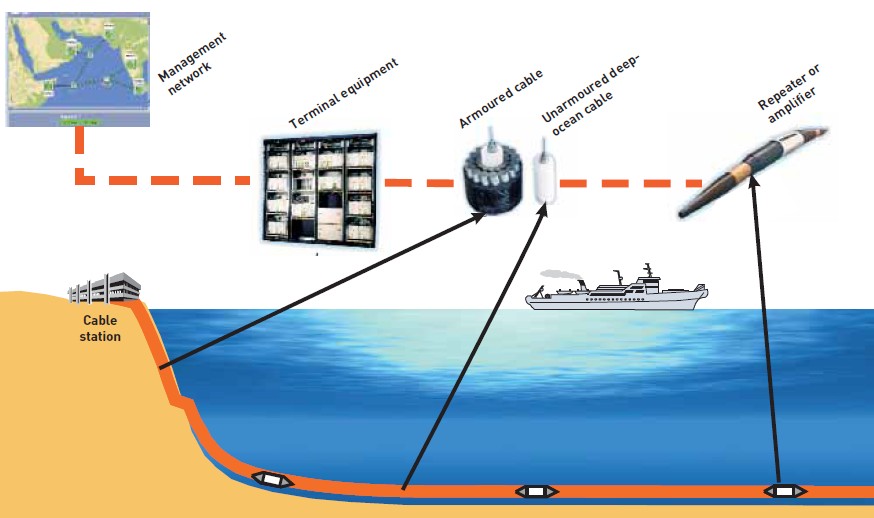 In addition, plough is another important tool to deploy cables undersea. As a cable approaches the seabed, the plough inserts the cable into a narrow furrow. And there are different plough designs available to suit various bottom conditions. Certainly, there are many factors and technical method to lay the submarine cables, I’ll skip the introduction. If you are interested in, you can have a reseach about this topic. 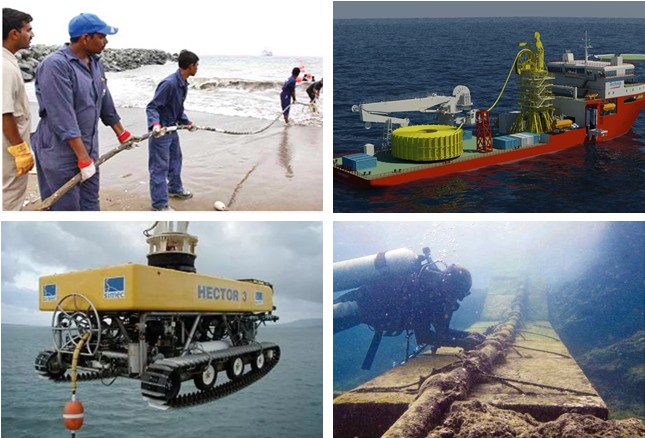 Apart from the technique of submarine cables system, the nature effects are taken attention by human. Typhoons and tsunamis, sharks and other undersea benthos all influence the submarine cables to transmit data. What’s worse, submarine cables steal case frequently happens in some area. In my opinion, undersea fiber optic cables now connect most of the world’s people. Lying on ocean floors, these submarine cable systems carry the vast majority of our international communications and data. Together, they form the backbone for the data centers powering the world wide web. Such a great work, why not protect it? 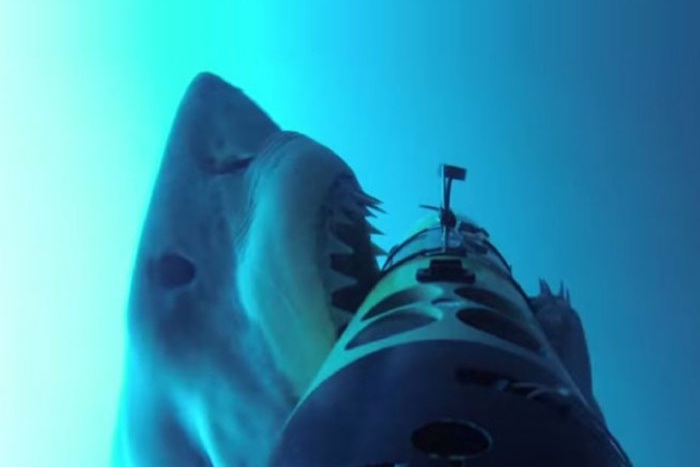 Due to there are many technical papers about the submarine cables system, I will stop here for my shallow understanding. But I really want to thanks those people who are devoted to the undersea communication system construction. Thanks to them, we are now using our mobile phone, computer, TV or other devices to enjoy the highly speed broadband or receive data.

This entry was posted in Industry News. Bookmark the permalink.