Currently, prices on 100G optical transceivers have been dropping faster than those devices at 40G, which drives customers to migrate to 100G directly instead of turning to the intermediate 40G Ethernet. For example, QSFP-40G-SR-BD ($300) costs higher than QSFP-100G-SR4-S ($269) at FS.COM. It is the same case as other vendors. QSFP28 and CFP optical transceivers as the main transmission media of 100G network, dominate 100G hardware market. 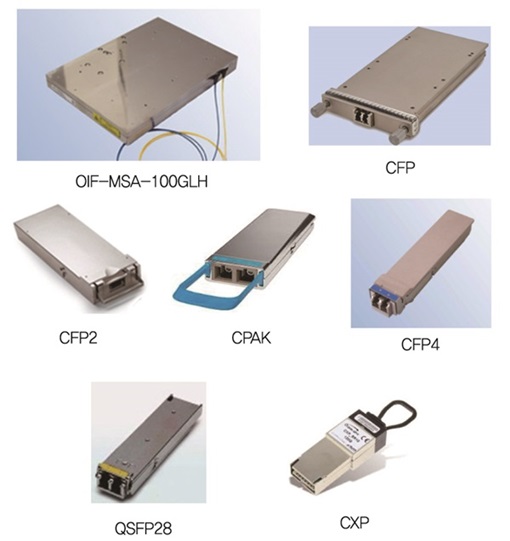 CPAK, released right after CFP2 100G modules, is the Cisco proprietary form factor, which greatly effect the popularity of this module type. However, in 2017, many third party optical solution vendors like FS.COM announce to help market to cut down this pricing and save budgets for services providers and operators. So will it thrive in 2017? Today’s article will describe CPAK 100G module in detail attached with the positive analytics of the future of this module type.

CPAK 100GBASE optical module, designed as a smaller, low-cost alternative to CFP transceiver, can be plugged into the CPAK ports of Cisco switches and routers. Besides, CPAK module is the first 100G optical transceivers that use CMOS Photonics technology. This type of 100GBASE modules can work in the following Cisco networking equipment—ASR 9000 Series Router; CRS-X Carrier Routing System; NCS 2000, 4000, and 6000 Series Routers; the Nexus 7000 and 7700 Series Switches, and the Cisco ONS Transport Platform.

Once the CPAK transceiver module had been released, it was marked as the smallest 100G footprint providing higher-port density and low power consumption for 100G networks. When comparing with CFP modules, CPAK transceivers are less than one third the size of CFP modules, and dissipate less than one third the power. In a comparison with CFP2 modules, CPAK optical transceivers are 20% smaller and consume 40% less power. In other word, if you use CPAK other than CFP2 modules in your data center switches, it can offer 20% greater port density and front-panel bandwidth.

To sum up, CPAK optical module has smaller footprint than CXP, CFP and CFP2, but bigger than CFP4 and QSFP28 optics. Besides, CPAK 100GBASE-LR4 consumes less than 5.5W, which is less than CFP LR4 (24W), CFP2 LR4 (12W), CFP4 (9W) and CXP LR4 optics (6W) but a little higher than QSFP28 (3.5W). CPAK represents a significant advancement in optical networking, providing dramatic space and power efficiency.

QSFP28 optical transceiver is regarded as the most promising 100G optical module due to its smallest form factor and lowest power consumption. For example, Cisco CPAK 100GBASE-LR4 module supports link lengths of up to 10 km over standard single-mode fiber with SC connector with a nominal power consumption of less than 5.5W. QSFP28 100GBASE-LR4 supports up to 10km and consumes nearly 3.5W. CPAK optics obviously don’t have a shot when competing with QSFP28 optical transceivers.

What About the Future of CPAK Modules?

According to IHS Infonetics’s analytics, the prospect of the 100GbE transceivers market will be better in the coming years. At the same time, the development of 100GbE transceivers will be faster. In 2017, 100G technology and relevant optical transceivers gradually become mature. 100G optics like CXP, CFP/CFP2/CFP4, 100G QSFP28 in different standards offers a huge selection for customers. Of which QSFP28 100G modules, thanks to the smallest form factor and reliable performance, maintain large market share in 100G hardware market. In addition, some newly released 100G switches only have QSFP28 ports which in turn promotes the popularity of 100G QSFP28 transceivers.

In such a fierce market environment, it is hard to say whether CPAK will be a hot star in 100G hardware market or not. Anyhow—CPAK module is the first optical transceivers that use CMOS electronic technology. Furthermore, Cisco and several other vendors offer CFP2 to CPAK adapter to support the conversion between CPAK and CFP2 modules. Third party vendors like ourselves are also beginning to supply 100G CPAK modules in 2017. We will see if such industry development will take place!

CPAK module was launched just days after the certification of CFP2 optics. It is popular for the smaller footprint and energy economy. However, when competing with open source MSA compatible 100G products (CFP/CFP2/CFP4 and QSFP28), CPAK is not the ideal one for 100G high-density connectivity. The world undergoes a myriad changes in the twinkling of an eye. For the newly information about our new-coming CPAK modules, please visit fs.com or pay attention to the updated article in this blog.

Related Article: Why CPAK Transceiver Is Different in 100G Solutions?