Transceiver vs Transponder: What’s the Difference?

In a fiber optic communication network, there are many equipment and facilities to support the normal operation of the system. Fiber optic transponder and fiber optic transceiver are common ones. Literally, both of them are with a prefix “trans”. It seems to imply that there is a similarity between them. Actually, they are not the same. So, transceiver vs transponder , what’s the difference between them, something difference on principle or applications? Today, we are going to have a discussion on this topic. 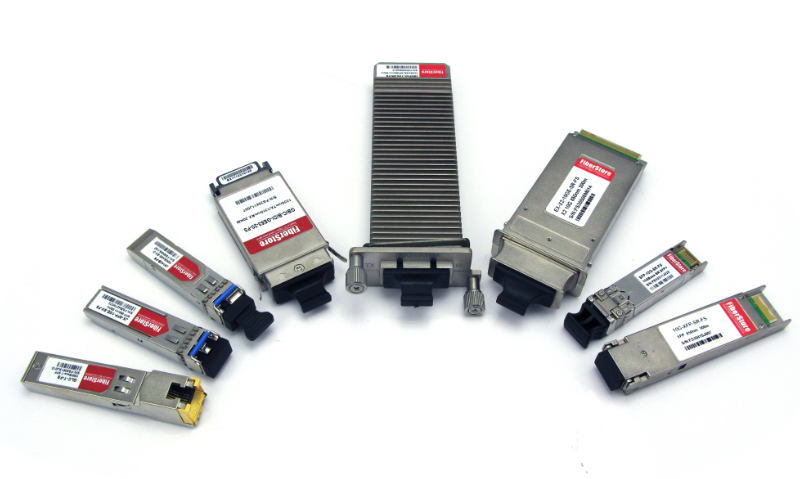 “Transponder” includes a transmitter and a responder. It is a similar device to the transceiver. In optical fiber communications, a transponder is the element that sends and receives the optical signal from a fiber. A transponder is typically characterized by its data rate and the maximum distance the signal can travel. According to its specific applications, it is also known as a wavelength-converting transponder, WDM transponder, or fiber to fiber media converter. Fiber optic Transponders extend network distance by converting wavelengths (1310 to 1550), amplifying optical power and can support the “Three Rs” to Retime, Regenerate and Reshape the optical signal. In general, there is an O-E-O (optical-electrical-optical) function with this device. Fiber optic transponders and optical multiplexers are usually present in the terminal multiplexer as an important component for WDM (Wavelength Division Multiplexing) system. In addition, in nowadays market, many transponders are designed as protocol and rate-transparent fiber media converters that support SFP, SFP+ and XFP transceivers with data rates up to 11.32 Gpbs, and with seamless integration of different fiber types by converting multi-mode fiber to single-mode fiber, and dual fiber to single-fiber.

I hope you can start down the path to fully understanding transceivers, transponders, and the transceiver vs transponder differences, particularly in networking, Ethernet, or fiber-optic communications setting after reading this article. Of cause, knowledge is endless, if you still want to get more information about transceiver and transponder, I suggest that you should find more references to read. If you just need to buy the related products, I will recommend Fiberstore to you as usual.