VLAN vs Subnet: What Are Their Differences?

VLAN and Subnet are both developed to deal with segmenting or partitioning a portion of the network. And they also share such similarities as restricting broadcast domains or ensuring security through isolation of different sub-networks. However, there are obvious differences between them on operation, functionality and deeper objectives. This post will focus on VLAN vs Subnet: what’s the difference?

VLAN vs Subnet: What Are They?

Subnet is a small network composed by a group of IP addresses. It is part of a larger network. Any IP address within the same Subnet can communicate with each other without using routing devices. To be clear, we can think Subnet as the department of a company, people in the same department can talk freely without going out of their department. If you want to reach an address outside of your Subnet, you will have to go through a router or modern Gigabit Ethernet switch with router functionality. Since Subnet is related to IP address, it often works at layer 3.

VLAN, also known as virtual LAN, is a group of devices on one or more LANs regardless of physical location. That’s to say, it allows devices to be grouped together even though they are not connected on the same fiber switch. However, it often requires the network hardware/software to support VLAN functionality, for example, VLAN switch is essential for setting up a VLAN network. In VLAN, the configuration of the network can be done via software extensively. Basically, VLANs are used at layer 2 to break up broadcast domains. 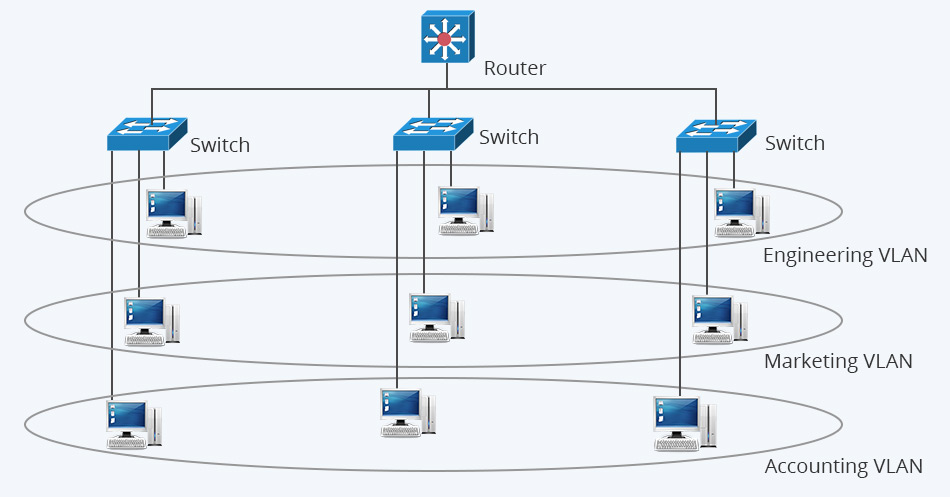 VLAN vs Subnet: What’s the Difference?

Related Article:
What Is a Multilayer Switch and How to Use It?
Voice VLAN Configuration Guidelines on Ethernet Switches

This entry was posted in Ethernet Switches and tagged VLAN Switch, VLAN vs Subnet. Bookmark the permalink.