SFP Optical Transceiver: All You Want to Know

SFP package – hot little package module, the highest rate of up to 10G, is mostly used with LC interfaces. SFP is abbreviation of Small Form Pluggable, which can be simply considered as an upgraded version of GBIC. SFP module has half volume of GBIC, only the size of a thumb. It can be configured on the same panel, more than double the number of ports. SFP optical transceiver has the same other basic functions as GBIC. Some switch vendors said the SFP module is mini GBIC. 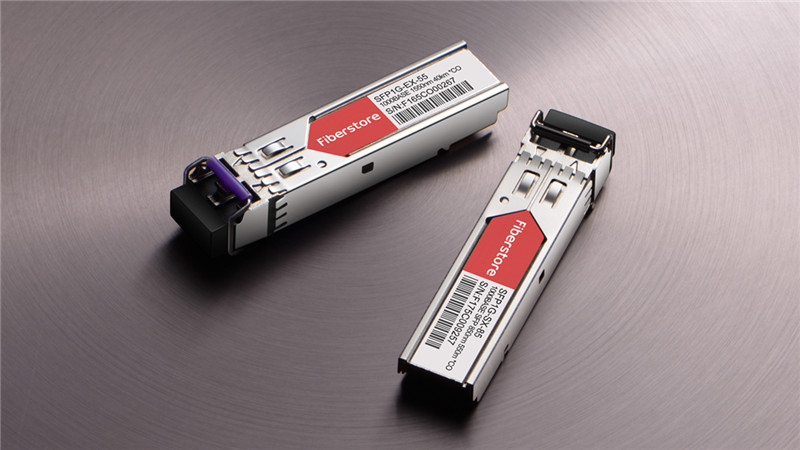 SFP optical transceivers through the CDR and electronic dispersion compensation on the outside of the module, while the more reduced the size and power consumption. They are used for telecommunications and data communications applications in optical communication. SFP connected network devices such as switches, routers and other equipment motherboards and optical fiber or UTP cables. SFP is also a kind of industry specifications which some fiber optic device providers support. SFP modules support SONET, Gigabit Ethernet, Fiber Channel as well as some other communication standards. This standard extends to SFP+, which can support 10.0 Gbit/s transfer rate, including 8 gigabit Fiber Channel and 10GbE. The introduction of fiber optic and copper versions of the SFP+ module versions, and the module’s XENPAK, X2 or XFP version comparison, SFP+ module will remain in the part of the circuit board to achieve, rather than the module implementation.

SFP optical transceivers have many different types of transmission and reception, the user can select the appropriate link for each transceiver to provide based on available fiber types (such as multi-mode fiber or single-mode fiber) can reach the optical performance. Available optical SFP modules are generally divided into the following categories: 850nm / 550m distance MMF (SX), 1310nm wavelength / 10 kilometers from the SMF (LX), 1550nm / 40 km distance XD, 80 miles from the ZX, 120 yards from the EX or EZX, and DWDM. SFP transceivers are also available copper interfaces, making the design primarily for fiber optic communication devices are also able to host UTP network cable communication. There are also CWDM SFP and single-fiber “two-way” SFP.

Many people do not know the difference between SFP and SFP+. This sometimes caused unnecessary trouble. 10G module has gone from 300Pin, XENPAK, X2, XFP development, and ultimately with the same size and SFP 10G transmission signal, which is the SFP+. SFP transceiver module with its compact low cost advantages to meet the equipment needs of high-density optical modules, implemented from 2002 standard to 2010 has replaced 10G XFP and become the mainstream of market.