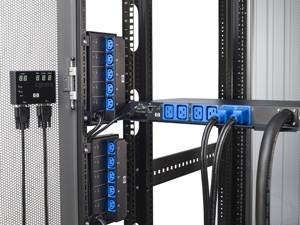 Each network system need power supply to ensure different kinds of device to work normally. Power distribution unit (PDU) which is a highly reliable, multiple outlet power strip is designed to deliver conditioned power to mission-critical networking, server or telecom equipment and usually. Usually, it is used in conjunction with an uninterruptible power supply (UPS). In this post, we are going to talk something about PDU.

How Many Types of PDUs?

Three main types of PDUs are launched in the market nowadays. They are basic PDU, metered PDU and switched PDU.

Basic PDUs—A Basic PDU offers simple but highly reliable power distribution to multiple pieces of equipment in a network application. A PDU of this type is important for the purpose of providing enough outlets for the many devices that are commonly installed into a rack enclosure from a conditioned power source such as a UPS or generator/centralized UPS power distribution scheme. 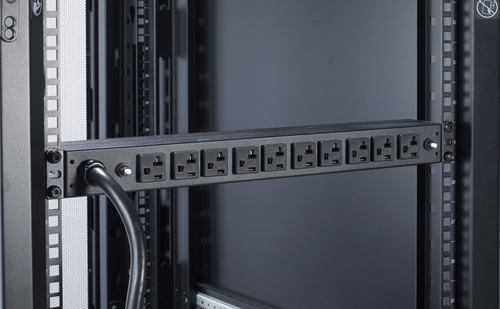 Metered PDUs—A metered PDU offers the same benefits of a Basic PDU (multiple outlets, long input cord), plus the ability to monitor the total amount of current in amps that flows through the PDU. A metered PDU gives network managers, in charge of ever-growing installations, the ability to know when the current demands of connected equipment approach or exceed the total capacity of the PDU itself, or the UPS power source it connects to, and make necessary upgrades before power failures occur. 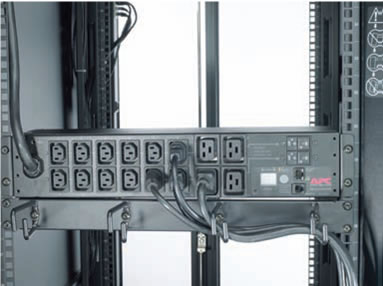 Switched PDUs—A switched PDU offers the same benefits of a Basic and Metered PDU (multiple outlets, long input cord, metered power consumption), plus the ability to remotely power each outlet off and back on again, via an Ethernet network connection. The main benefit of this arrangement is that equipment housed in a secure data center, server room, or locked enclosure can be powered off and on again remotely. This keeps network managers from having to travel to each site to manually power cycle equipment. Also, less critical equipment (such as monitors) can be manually powered down during a prolonged power outage so the most critical servers and networking equipment will run as long as possible from backup battery power.

What Are the Typical PDU Applications?

PDUs are commonly built for permanent placement inside rack enclosures, either in a zero rack space (0U) 4- to 6-foot vertical format, or horizontally in a one to two rack space (1U, 2U) form factor. Since a PDU generally functions as the entry point for power into a rack, most offer a 10- to 15-foot input cord option so that it can be connected to a distant power source, all the way from the top of a 7-foot rack enclosure if necessary. A PDU unit is meant to pass conditioned power that is sourced from a large centralized UPS or generator installation in large data center applications or from individual UPS systems in a smaller enterprise environment. Since high reliability is critical, features found on standard power strips and surge suppressors, such as power switches, line filtering and surge suppression are left out to eliminate any possibility that the power strip could interrupt the flow of electricity to critical networking gear.

There are some additional PDU offerings available that have unique feature combinations. An Auto Transfer Switch (ATS) is available in both Metered and Switched PDU formats where there are two input power cords, one labeled primary and the other labeled secondary. This allows you to provide dual redundant input power from two separate UPS systems or utility power sources to single corded networking devices that aren’t already fitted with redundant power feeds. Power passing through the ATS is normally sourced from the primary input, but if power at this source were to fail or go out of tolerance, it will automatically switch to output sourced from the secondary input cord as controlled by a highly reliable internal switching mechanism.

PDU always plays an important role in network systems. To choose a right PDU for your network system is necessary. According to different applications and different using environments, you could choose different types of PDUs. In addition, the power cords which are used to connect PDUs and servers are necessary to choose the right one.

This entry was posted in Enterprise Network and tagged PDU, Power Distribution Unit. Bookmark the permalink.