Inter VLAN Routing Layer 3 Switch vs Router: Which One to Choose?

What Is Inter VLAN Routing?

To understand the Inter VLAN routing, we’d better get to know VLAN (virtual LAN) first. VLAN is a technology that segments network into multiple broadcast domains. Each broadcast domain is isolated and data on separate groups can’t communicate with each other by default. This improves the network efficiency and controls the broadcast traffic. However, connections between different VLANs are still needed sometimes. There is a way to realize intercommunication between VLANs. It’s inter VLAN routing. 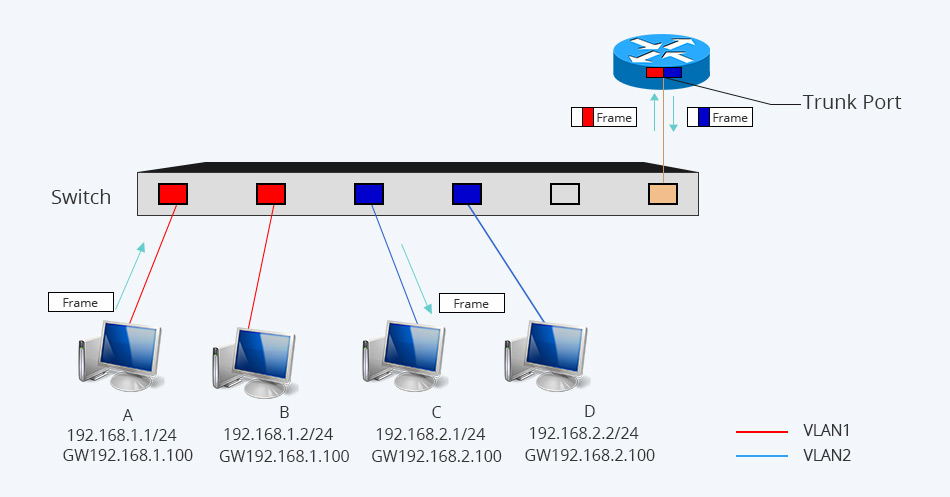 Figure 1: VLAN1 and VLAN2 are connected by inter VLAN routing

The layer 3 switch is a network switch that forwards traffic based on layer 3 information of the OSI model. It combines some features of layer 2 switch and some of the router. That is to say, it can switch packets by checking both IP addresses and MAC addresses. As a category of multilayer switches, layer 3 switch is widely used to improve network routing performance on large LANs.

The router is a hardware commonly used in home and small business networks. It functions to route packets based on layer 3 information like layer 3 switch, but using IP address. This enables the network to go across different protocols.

As mentioned above, each VLAN is a unique broadcast domain and the data between multiple VLANs is non-interfering. Layer 3 switches and routers both can realize the information transmission across multiple VLANs.

Connecting a router to the switch infrastructure is the other way to carry out inter VLAN routing. The following is the configuration guide.

1. Assign an IP address to the router and enable the interface you want to configure inter VLAN routing.

3. After seeing the result with “do show ip interface brief” from sub-interface area, you can do the same to create a sub-interface for VLAN-B.

(Note: Don’t forget set IEEE 802.1q with encapsulation command before assigning an IP address to a sub-interface. Otherwise, you’ll see the error with red color, which is just like the above figure.)

Related Article: VLAN: How Does It Change Your Network Management?